Macrostructure For The Capital Market 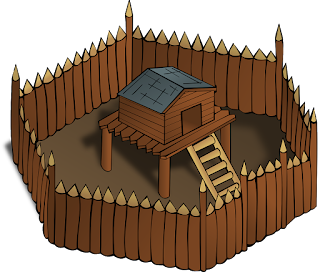 Capital markets have a big role for the economy of a country because it has two functions at once, namely economic functions and financial functions. It is said to have an economic function because the capital market provides facilities and facilities that bring together two interests ie those who have excess funds (investors) and parties that require funds (issuer). With the capital market, the party with the excess funds can invest the fund in the hope of obtaining rewards in the form of dividends or capital gains, while the company (issuer) can utilize these funds for investment without having to wait for the availability of funds from the operations of the company. The capital market is said to have a financial function because the capital market provides the possibility and opportunity to obtain return for the owner of the fund, in accordance with the characteristics of the selected investment.
In macrostructure, the capital market is heavily influenced by how the government policy is both fiscal and monetary. Conditions that occurred in 2009 is a significant global economic downturn that causes the volume of world trade to contract. After experiencing an average expansion of 8.1 percent over the past five years, in 2008 the growth in world trade volume declined sharply to 4.1 percent. Indications of a decline in world trade volume are reflected in a sharp decline in the Baltic Dry Index which is a barometer of world trade volume.
For a country, the immediate negative impact is the decline or slowdown in trade and investment growth. Transmission of the impact of the global economic crisis to the economy of the country entered through two channels, namely the financial channel and trade channel. The impact of the crisis through financial channels can occur directly or indirectly. Direct impacts occur when a bank or financial institution buys the toxic assets of a issuing company experiencing liquidity difficulties abroad. Another impact is the withdrawal of funds from a country by foreign investors experiencing liquidity difficulties (deleveraging). In addition, it can also occur through the action of moving a portfolio of high-risk investments into a lower risk (flight to quality). While indirect impacts of the financial pathway occur through the emergence of constraints to the availability of economic financing. Impacts through trade channels arise through the weakening performance of imported exports which in turn affect the real sector and potentially bring credit risks to banks. It also has the potential to put pressure on the balance of payments.
The high interest rates of the central bank affect the low liquidity. Thus it can be said that the role of macrostructure has a very big influence on trading liquidity in a country's capital market.

PROTECTION POLICY
International trade policy is any action of the government or the State, either directly or indirectly to influence the composition, direction, and forms of foreign trade or trading activities. The policy in question can be tariff, dumping, quotas, import restrictions, and various other policies. When compared with the implementation of domestic trade, the international ban is complex and complex.
The complications of international trade are due to the following:

Government protection policies to protect the growing domestic industry (infant industry), and protect new companies from arbitrary large companies with the advantages that they have, other than competition of imported goods.
The purpose of protection policy is: