Danger Of Weakening Crude Oil Prices For The Global Economy 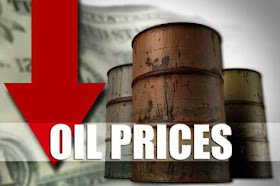 Crude Oil Prices Today
Source: Sindonews.com (March 1, 2017).
NEW YORK – Crude oil prices slipped, though trading was still above the level of USD50 per barrel as concerns about rising oil supplies United States (US) continues to overshadow the efforts of OPEC to cut production. US crude stocks has seen for seven weeks in a row.
As reported by Reuters on Wednesday (01/03/2017) expected weekly US oil inventories will increase 3.1 million barrels, for triggering fears that growth in demand may not be sufficient to absorb the crude oil to create a flood of global supply. These conditions led to pressure on world oil prices.
Listed price of US crude oil futures West Texas Intermediate (WTI) declined by 4 cents or the equivalent of 0.1% in the level of USD54,01 per barrel, while Brent crude fell to 34 cents or 0.6% to a level of USD55,59 per barrel. During this month Brent little changed, where WTI print monthly profit just above 2%.
While the price of gasoline futures shrank 1.35% at USD1.5120 per gallon, which is believed also burdened oil supply. Gasoline is under pressure in recent trading, where the stock is abundant. Organization of Petroleum Exporting Countries World (OPEC) has so far been showing compliance with production cuts at the start since the beginning of the year.
“Without full compliance from OPEC and non-OPEC producers as well as a marked improvement in demand makes it is still possible to be corrected. There is a risk it all to weakening,” said Tradition Energy Research Manager Gene McGillian.
A total of 11 non-OPEC oil producers have pledged to cut production. Russia claimed to be able to reduce production reached 124,000 barrels per day this month. On the other side analysts and economists expect the price of Brent in 2017 will be in the range of USD57.52 a barrel.

The Consequences That Would Arise
US Dollar is the currency in international transactions, so that for every purchase and sale at the international level will use USD. So as the strengthening of the USD, the USD will be able to buy more barrels of oil per dollar. So if previous oil price was 54 USD / barrel, with a stronger dollar, then by 54 USD will be able to buy more barrels of oil or illustrated price to 50 USD / barrel. So the price of a barrel of oil will decline as the dollar strengthened.
In other words, if the oil price goes down then the dollar will strengthen. That is why despite OPEC cut production but the USA still aggressively increase its oil production. It is an effort to ensure oil prices remain low seen from the increased output. Because if output increases the need for the USD will be high to buy oil and it made USD strengthens, or the price of oil to be down.
USA affected significantly by 15 countries, some of which have a strong influence and some have a weak influence but 15 countries are significantly affect the economic condition USA. Efforts to strengthen the value of the USD as an effort to increase the value of spending (export and import) for the development of infrastructure there.

But the problem is if the value of a strong USD which means another currency to be weak and it is not good for the economy of other countries because the value of spending in the country to be down, it resulted in the weakening of economic growth. Of course the 15 countries will be affected first by my analysis.

If the above measures are less effective it will be supported by other measures is the Fed will raise interest rates to reduce the money supply which will also increase the value of the USD.
Then what can be done by the 15th of this country? if there are export and import mean there are quotas and duties (taxes).
the economists must know what I mean.