5 Things and 2 Important Questions, to Build and Develop Your Business 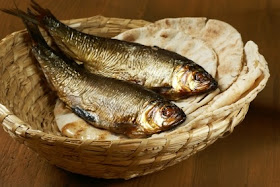 Risk of uncertainty still felt by the economic actors (businessman, investor, government) and the arrival of this risk is not only caused by problems in the country. Sometimes a country's economic conditions were fine (stable) suddenly shaken because of economic problems, political, social from other countries. Where, problems are popping up in a country (overseas) was able to be felt also by other countries (in the country), and then it would be a risk to the existence of your business. So, then raised some questions as follows:
This article describes five things related to building a business on how to minimize the risk of uncertainty resulting from the current global economic conditions, and it is very necessary to know and understand, what are the five important points? The following delivery below:
A business must be standing or built within a country.
Yes, every business must have been established or will be built in an area and under the government of a country, there is not a business built on a no-man or a lost world. That is, a business that you established or newcomers who will build his business, must have previously been in compliance with the government regulations as well as land certificate, building permit, permit to establish a business, bank financing, taxation and others. Business means you are under shade and protected by law of a country. Meanwhile, from the state government, the obligation to provide protection (security business), provide infrastructure and facilities (electricity, water, roads, ports, airports, etc.), providing regulations for the development of business (legal employment, bank interest, region special economic and tax).
Every country needs to have and must establish cooperative relations with other countries.
It is very true, because there are several aspects that need to be built so that a country can progress and evolve, just like education, security, economy, international relations and so forth. Where, some aspects are inter-related, related to this article then I mean the relations between countries in influencing the economic conditions of a country, especially those on the condition of your business, because you are in the business in the economic system of a country. One of inter-state relations is expressed through forms of cooperation contracts whether it's an agreement between two countries (bilateral relations) or (multilateral relations) with the establishment of an organization such as APEC, ASEAN, OPEC, EU, WTO, ILO, FAO, IMF, UNDP, IBRD and others. Some forms of this organization has a task which, if described in general is to control and evaluate, of course, to achieve common progress. From this it can be explained that it was the need for a country to establish cooperative relations with other countries, rather than as a country not excluded or isolated.
Relations between countries affect the world of business
The problem is though relations and cooperation is woven to achieve common progress, but there are some countries that actually feels aggrieved thereby causing a state actually had to get out of the relationship of cooperation, as in the case Brexit, trade agreement between the EU and Canada, and slipping of predictions by some quarters for the Japanese economy. 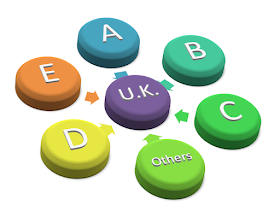 There are many other examples to prove that the economic conditions of a country are able to influence the economic conditions of other countries, especially the relations between countries are able to influence business conditions in one country to another.
Conclusion
What can we learn here, that the relationship between the state turned out to directly or indirectly influence the world of business in a country. Again, because the business is built in an area of ​​the state, if the country is progressing or developing of an aspect, of course, your business also have the opportunity to grow and progress. Conversely, if the country deteriorates or down views of an aspect, of course risk the possibility of your business to come back and go down well there.
So, then the question arises:
If you truly want to know the answer, you can access it here (but is still not accessible) (^_^)